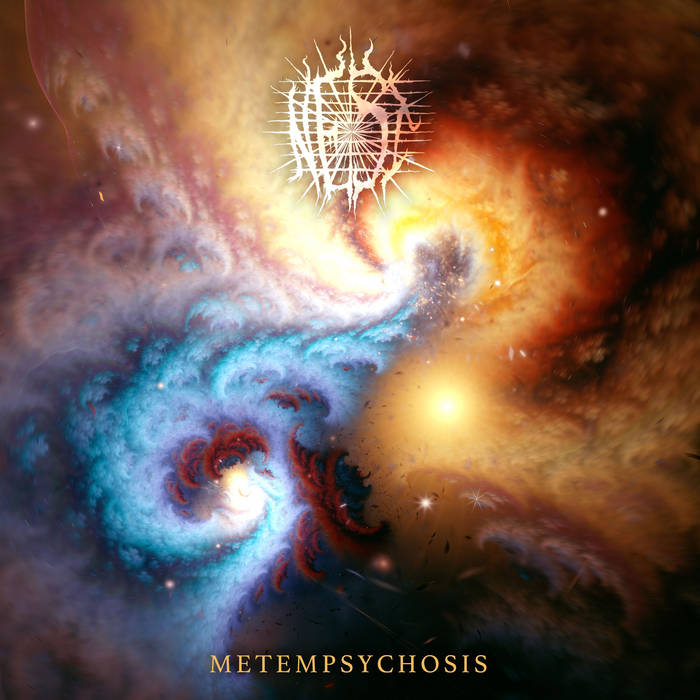 Mixed and Mastered by: Jason Groves

"Metempsychosis is a modern sludge classic. This type of stuff should make you feel uncomfortable, threatened and generally in danger. That feeling is across every inch of this mean ass fuckin’ record and the songwriting is several ear-slicings above cookie cutter bands with no moxie in their mutilation. Anyone that signed onto the sludge trip with the classic bands and have followed some of its most extreme purveyors should grab up every single thing that Nest has done to date, especially this full-length offering."
--Teeth of the Divine

"these Kentuckians resemble something closer to the bastard offspring of Satanic Warmaster and Dead is Dead, taking traditional black metal stylings (as opposed to “weeny atmospheric emo-black”) and dragging them through deep, dark sludge. At times the music is a seething maelstrom of trve, grim malice, while other moments find the listener slowly drowning in thick, Neuros-ish mud."
--Angry Metal Guy

"Post metal and Kentucky seem to be a perfect fit as with Nest we have just that lets mix Post Metal, Black metal , Crust and Metallic Hardcore elements into something that could be weird and distant but really is just suffocation, bleak and nightmarish in a very avant kind of way."
--Musical Projects of Clint Listing

"NEST you will like if MANTAR is your weakness, a sound where crust and doom go hand in hand, creating a rocky, dark and dirty album." Recommendable 7.5
--Necromance digital magazine

"Hateful hardcore, influence sludge samples about us. Nice and violent, then slow and low and then again with the foot full on the accelerator. Variation guaranteed. That variation in combination with the short playing time keeps the whole interesting. Throw Primitive Man and Cult Of Occult into a blender and you get an idea of ​​how Nest sounds."
--Lords of Metal 79/100

"A blackened, sludgy wrestle with the harshest predators of the void"
--OVERDRIVE music magazine 85/100

"What we have then is a Sludge/Doom record that gives its nods to the parent genres, but constantly shifts both lyrically and musically to create something very different, something at once personal and close to the bone, but also otherworldly and from a void of grime and distortion."
--Ghost Cult magazine 8/10

"This project is recommended if you felt like Fistula was too hardcorish, or Thou was too slow, or Khanate needed a big ballsy doom riff or two more. 4.0/5.0 stars.
--Grizzly Butts

"Nest create a cacophony of terrifying and psychedelic sounds that will pull you into their bleak universe. It’s a harrowing journey, and one that lovers of nihilistic doom will flock to like suicidal lemmings."
--CVLT Nation

"Flying by in a swirl of meaty bass hooks & melodies, the progressive fuzziness of Divining by the Entrails of Sheep adds layers to Nest’s sound. More than just your average sludgy/doom band, they offer brief respites of light within the gloom."
--Games, Brains and a Headbanging Life

"Now, I am not normally a fan of blackened doom, but there are a few bands that do it so well that it is hard to not like their music. Nest tops that list, with Dopethrone and a few others. This new album is sick!!!
--Tom's Album Reviews, Interviews, and Musical News

"Metempsychosis sounds like it crawled right out of the tunnels of Kentucky, or perhaps of Pan Em's District 13.It's the spirit of the miner who's never been crushed. It's a sneak record that way. It's got a fairly psychedelic sound, so really, this is blackened psychedelic oily doom metal. Perhaps Kentucky Coal Mine Metal?"
--Glacially Musical

"To be sucked in by a record upon first listen is an increasingly rare experience; as more and more records are released, and more sonic avenues explored, it can be harder for bands to record music that has that instant “wow!” factor, that feels novel and convincing from the first moment. Yet that’s what Nest have achieved with Metempsychosis."
--The Sound Not The Word

"In my opinion Nest are a very great sounding blackened mixture of sludge and doom metal and if you are a fan of those musical genres, you should check out this band. RECOMMENDED TRACKS INCLUDE "The Cowardice And Rashness Of Courage" "Heretic" and "Life's Grief". 8 out of 10"
--Darkdoomgrinddeath blogspot

"To me, NEST is a whole different breed then most of the genuine sludge I've ever come across. Metempsychosis is a thunderous, angry, depressive, and emotional journey expressed through the most dire way possible."
--Direnotes

"Metempsychosis is a sonic thrillride through a blackened doom hellscape. Nest pushes against the boundaries of sanity again and again before drawing back in cycles of tension and release. Wild and unpredictable changes in tempo and intensity mixed with experimental elements and crushing riffs makes for a compelling listen. Kyle Keener's raging guitar crashes in suffocating waves of distortion while Corey Stringer's vocals purge deep wells of agony. The result is both heavy and dynamic for a fierce and creative release."
--WRFL lexington Matt Gibson

"The thick distortion-encrusted tones are riddled with a nasty evil buzz that brings to mind a union of Unearthly Trance and Unsane that sometimes veers into psychedelic realms worthy of Yob."
--The Sludgelord
full review: thesludgelord.blogspot.com/2018/01/album-review-nest-metempsychosis.html

"Aside from the typical harsh distorted riffage and overwhelmed reverb melodies, this band actually introduces enough spaced out qualities to keep you fixated."
--Scumfest Metal666 blog

“Metempsychosis is an awesome offering from Nest that demonstrates their startling power and a terrifying amount of potential for the future."
--The Burning Beard blogspot

Straight from the void, a new manifestation of doom, gloom, and utter disgust has unfurled itself in the form of NEST: a two piece outfit whose compositions tower above the hollow shell of humanity as remorseless as the void from which they sprang.

Bandcamp Daily  your guide to the world of Bandcamp